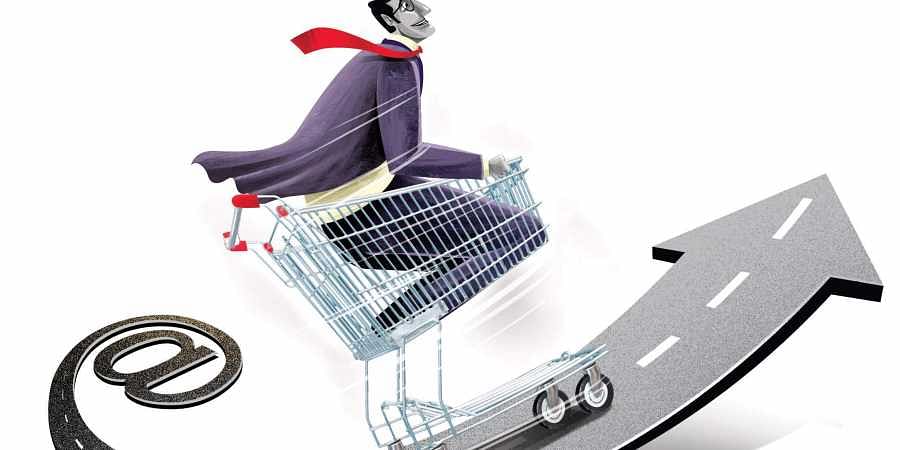 INDIA might be facing a wide-spread demand slowdown, but e-commerce companies in the market continue to funnel investments into establishing wider logistics networks as online sales volumes show little signs of slowing down.

he latest in a series of big bang investments over the past few quarters is Amazon’s launch of its largest company-owned campus in the world at Hyderabad, Telangana. The American giant followed up the announcement with another launch in Tamil Nadu, this time a 24,000 square feet delivery station in Chennai, the largest such facility for the company in the state.

Prakash Rochlani, director, Last Mile Transportation, Amazon India, also pointed out to reporters during the delivery centre launch in Chennai that most of this expansion is focused toward meeting long-term demand. “E-commerce is also only 3 per cent of the total retail industry in India, so there is a lot more room for growth,” he noted.

The company currently has six fulfilment centres in Tamil Nadu alone and 50 spread across 13 states with a cumulative storage capacity of 24 million cubic feet.

It has also established 15 Prime Now nodes, which service Amazon Prime processes, more than 200 Amazon Logistics stations with 50 focused on bulky products, 700 Service Partner nodes and around 20,000 I Have Space stores spread across 350 cities.

According to Amazon, the expansion of its delivery network will help it penetrate further into smaller towns, where most e-commerce experts see growth coming from.

Amazon is not alone in focusing its investments on establishing its distribution networks and beefing up administrative and operational manpower. According to sources, Walmart-owned rival Flipkart has also planned significant investments in the logistics space to the tune of over Rs 3,000 crore.

The company is currently planning to acquire around 300 acres spread around Bengaluru, NCR and Kolkata, to set up warehousing and logistics facilities to meet its increasing delivery requirements.

The logistics sector is seeing increasing investment not just from e-commerce majors, but third-party logistics players too, who have seen the business grow multi-fold with the advent of e-commerce. For instance, Warburg Pincus-backed third-party logistics company Stellar Value Chain Solutions has plans to set up 35 built-to-suit logistics parks in 21 cities in the next four years.
The company already has 10 warehouses spread across five million square feet in the top 11 Indian cities as of now.

According to a report from real estate consultancy CBRE, warehouse leasing by corporates in India rose a sharp 31 per cent year-on-year during the first half of 2019, with the agency saying that “demand during the period was mainly driven by third-party logistics (3PL) players and e-commerce companies”.