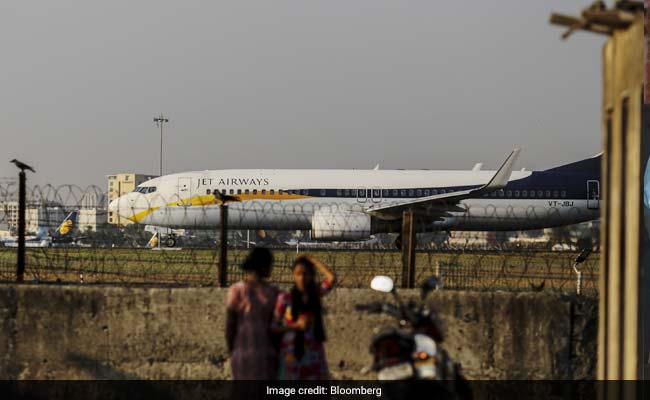 Jet Airways India Ltd.., the beleaguered carrier that’s in the midst of bailout talks with its partner and lenders, is set to get an emergency loan of as much as Rs. 600 crore ($85 million) to help it tide over a cash crunch, according to people familiar with the matter.

Banks, led by State Bank of India, plan to provide the funds against shares pledged by founder and Chairman Naresh Goyal and partner Etihad Airways PJSC and backed by their guarantees, the people said, asking not to be identified before a public announcement. The disclosure is likely to be made after Jet Airways’ extraordinary shareholder meeting scheduled for Feb. 21, one of the people said.

The fund infusion would come as a lifeline for Jet Airways, Asia’s worst-performing airline stock, that has defaulted on interest payments, delayed salaries and grounded multiple aircraft in its struggle to stay afloat. Etihad, Mr Goyal and SBI have been holding talks for weeks over a rescue deal for the carrier that hasn’t seen a profit for nine of the past 11 years in the face of cutthroat competition.

“That’s a good amount, I’d take that as a big positive,” said Mayur Milak, a Mumbai-based analyst at IndiaNivesh Securities Ltd. “Crude has also came down from $85 to $60 and operational metrics have become more favorable. Once you get the money, that definitely adds to the sustainability of operations.”

Representatives for SBI and Jet Airways didn’t immediately respond to emails seeking comment. Etihad declined to comment. Jet Airways’ shares, which have dropped 73 percent in the past year, gained 1.4 percent at 224.25 rupees in Mumbai on Wednesday. 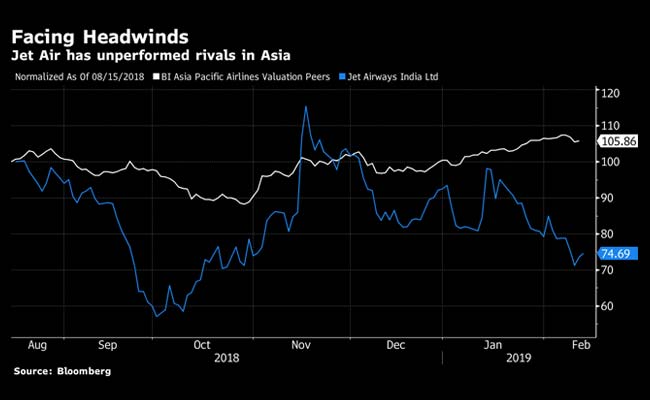 Under one proposal, Etihad, which owns 24 percent of Jet Airways, will raise its stake to almost 44 percent by boosting capital at 150 rupees a share, the people said. Mr Goyal’s stake would fall to about 22 percent from 51 percent, and lenders would end up with more than 15 percent after swapping a part of Jet’s loans to equity, the people said.

A final decision is pending as the plan needs the approval of the Securities and Exchange Board of India, the market regulator, the people said.

Any agreement to avert a collapse of the Mumbai-based airline would help save 23,000 jobs and spare Prime Minister Narendra Modi the embarrassment of a failed business on his watch months before elections.

Jet Airways, which started operations more than two decades ago, has piled on debt as low-cost carriers lured fliers away with their cheaper, on-time, no-frills flights. With cost-conscious travelers, India has been a tough market for airlines. Kingfisher Airlines Ltd. collapsed earlier this decade while state-owned Air India has survived on repeated bailouts